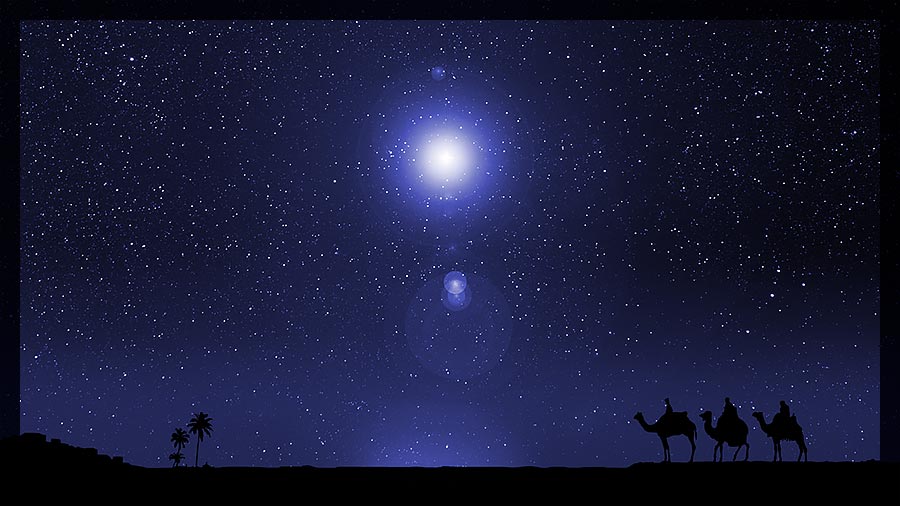 The Christmas season always brings various joyful concerts and programs to inspire us.  Each year we take our granddaughter to see a Christmas play, like one of my favorite stories, “A Christmas Carol”, (sometimes known as Scrooge) or the Nutcracker Ballet, or “The Gift of the Magi” by O. Henry.  This year it will see something very special since Presvytera and I will take her to New York for three days to see the famous Radio City Music Hall Christmas Extravaganza with the Rockettes.  Although, Presvytera has seen the show three times when she was a student at St. Basil Academy, I or Sophia have not seen this show and we look forward to witnessing this famous presentation and experience Timer Square and Rockefeller Center during this Christmas season.  Maybe there will be snow!   We, also, will go to Ground Zero to see the new St. Nicholas Church, rebuilt after being destroyed with the Twin Towers.

Another favorite and famous Christmas presentation is an operetta by Gian Carlo Menotti, “Amahl and the Night Visitors” with the haunting musical selection, “The Three Kings”.  Unfortunately, I’ve yet to see it performed in our area.    It is the story of the Three Magi, who are following a bright star in heaven, on route to visit the new born King.  They stop at the home of Amahl, a poor, lame boy, who lives with his mother in a meager cottage in Bethlehem, to rest and get some refreshment.  The boy, who is a storyteller, is not taken seriously by his mother when the Three Magi, late at night, stop at the cottage.  Finally, she is convinced about the night visit, extending hospitality, but later out of desperation, steals some gold from the Magi’s gifts, which is finally allowed to keep.  Amahl, learning where the Magi are going, convinces his mother to allow him to seek the babe, knowing he will be healed by the Christ child.

More than 2,000 years have passed since the Magi searched the

heavens only to find heaven in a manger.  Long since has their guiding star returned to its natural course in the skies.  But God’s will remain the same forever, to draw all of us unto Him by the light of His grace, peace and good-will.  Since God wants fellowship with you, He began the reunification and reintegration of the human race in the “little town of Bethlehem.”  Rich and poor came together, kings and shepherds came to worship the educated and illiterate, young and old, male and female, Jews and Gentiles, saints and sinners, angels and human and even the beasts of the fields;  all creation paused to bask in the joy of the moment, to bow down and worship the incarnate Son of God.  “All is calm and all is bright” in one corner of the dark and troubled world.  All is whole again as the Star of Bethlehem ushers in the Sun of Righteousness, raised with healing in His wings, as Malachi prophesied.

In the popular Christmas carol, “We Three Kings,” the refrain states, “star of wonder, star of night, star with royal beauty bright, westward leading, still proceeding, guiding us to the perfect light!”  These words refer to the Gospel of Matthew 2:2, when the Wise Men say, “We have seen His Star in the East and have come to worship Him.”  They came from across desert and mountain in a humble stable in Bethlehem of Judea.  They knew the stars, but gazing into the wondrous Star of Bethlehem, they were witnesses to a phenomenon great and awesome, a new star, a star leading kings to a King, a guiding star which was guided by One whose will be to draw all men unto Himself.  A Spanish legend tells that the Three Kings cross Spain each year on their way to Bethlehem and leave gift for children who have been good.  On Epiphany Eve, the children put out shoes filled with hay and carrots for the Kings’ camels.

Where is His star in the East, leading us to experience “the glories of the righteousness and wonders of His love” today?  Where is the glimmering star for our fallen race, guiding us into the very presence of Emmanuel—God with us?  You are called to be the Christmas star.  You are called to be the light of the world, leading those around you to the knowledge of the incarnate Lord.  You, in whose hearts the day has dawned and the morning star has risen, you are designated to be the guiding stars of humanity, drawing others to Christ through the light of your peace, harmony and good-will, through the brilliance of your faith, virtue and kindness, and through the warmth of your zeal, forgiveness and love.  It is your task of pointing other to Jesus Christ;  quietly patiently, like the bright star of old.  You must endeavor to bring together others to the manager of Bethlehem where the newborn Savior is waiting to give light to those in darkness and in the shadow of death, to guide our feet into the way of peace.  (Lk. 1)  At the end of the famous “A Christmas Carol”, when Ebenezer Scrooge finally wakes up spiritually, he became a star in his community.

You, in whose hearts the day has dawned and the morning star has risen, you are designated to be the guiding stars of humanity, drawing others to Christ through the light of your peace, harmony and good-will, through the brilliance of your faith, virtue and kindness, and through the warmth of your zeal, forgiveness and love.

We use cookies on our website to give you the most relevant experience by remembering your preferences and repeat visits. By clicking “Accept”, you consent to the use of ALL the cookies.
Do not sell my personal information.
Cookie SettingsAccept
Manage consent

This website uses cookies to improve your experience while you navigate through the website. Out of these, the cookies that are categorized as necessary are stored on your browser as they are essential for the working of basic functionalities of the website. We also use third-party cookies that help us analyze and understand how you use this website. These cookies will be stored in your browser only with your consent. You also have the option to opt-out of these cookies. But opting out of some of these cookies may affect your browsing experience.
Necessary Always Enabled
Necessary cookies are absolutely essential for the website to function properly. These cookies ensure basic functionalities and security features of the website, anonymously.
Functional
Functional cookies help to perform certain functionalities like sharing the content of the website on social media platforms, collect feedbacks, and other third-party features.
Performance
Performance cookies are used to understand and analyze the key performance indexes of the website which helps in delivering a better user experience for the visitors.
Analytics
Analytical cookies are used to understand how visitors interact with the website. These cookies help provide information on metrics the number of visitors, bounce rate, traffic source, etc.
Advertisement
Advertisement cookies are used to provide visitors with relevant ads and marketing campaigns. These cookies track visitors across websites and collect information to provide customized ads.
Others
Other uncategorized cookies are those that are being analyzed and have not been classified into a category as yet.
SAVE & ACCEPT
Skip to content